I know this is old and has been around for a while but it never fails to make an impact when someone new shares it.

Similar advice goes for just about anything, including writing. Just start writing. You’ll suck. But then keep writing and you’ll get better. And even even if you don’t you’re still doing what you need to do, which is express yourself through words. And that’s massively important.

I was less than impressed by the first single off Pearl Jam’s upcoming album, but I’ve never been a huge fan of the times they go full-on rage-punk or whatever you want to call it. They’re too good at melodies and hooks and so I always feel disappointed when they start acting like a thrash-metal act.

So I love this new song. But as I was listening to it I thought again of how I miss guitar solos in current music. Listen to how beautiful this is and realize that the guitar solo was a staple of rock for decades. But now with everything auto-tuned and produced to within an inch of its life – even in the straight ahead rock songs – these sorts of thing are more and more rare. Which is too bad.

Unlike some others I’m not all that worked up about the revelation that Jimmy Kimmel was behind the “twerking girl on fire” video that so captivated the internet a few days ago. Some people saw it as the beginning of the end of the internet. Yes, I see their point that this was a slight case of deception, but I think this gets a pass because it was used as a bit of performance art on Kimmel’s part. For a couple days he was having a good laugh as everyone on the web talked about this clumsy girl and finally, when he couldn’t keep a straight face any longer, he revealed the truth.

Social media is about authenticity, sure. But this was in the furtherance of a gag and not about pulling the wool over everyone’s eyes in order to sell sneakers or cell phones or something. It wasn’t’ even as much of a deception as the LonelyGirl15 situation from several years ago.

I’ll be the first to admit that if a consumer brand – say the maker of fire-retardant yoga pants – had done this there would be a much different reaction. *That* would have been more of a clear cut case of justifiable outrage since that’s a brand – which despite what some consultants will tell you are *not* people – intentionally deceiving the public for marketing purposes. But Kimmel is one of our appointed court jesters and so gets a pass. It wasn’t mean-spirited, it wasn’t a sales message and it wasn’t anything many brands haven’t tried in the past to far worse results.

I’ll respectfully disagree with Ben Elowitz’s piece at AdAge where he says brands should stop worrying about being publishers because, if I’m understanding his thinking correctly, it’s hard. The gist of his argument is that it’s tough, if not impossible, for a brand to have a point of view on the news of the day and since that’s what publishers are supposed to do – opine – it’s not worth creating original content and they should stick to curation.

That’s shortsighted in a number of ways.

First, a point of view about the world at large – or even the industry at large – is absolutely not required in a brand publishing program. If you’re a brand you do not need to comment on every industry story out there. There are plenty of times to step up to the plate when the story impacts you – that’s part of the curation element – and plenty of times to just use what’s written about the industry or even your brand as information to use in the future, not something that *has* to go on official profiles.

Second, his idea of “content” is uniquely ad-centric, which is a whole different ball of wax. Yes, ads take forever to create but that just forces us to ask two questions: 1) Well isn’t that part of the problem and 2) Not everything is an ad, meaning there’s lots of room for lower hanging fruit to be plucked that can go a long way to filling up a brand publishing program.

Elowitz tries to duck criticism that he’s swimming against the stream here by acknowledging that at the outset, but that doesn’t mean he actually has a point. If anything the notion that ad content is hard to create lend makes a stronger case for more PR-focused, soft-news-based publishing programs than anything else. You can create a month’s worth of social media publishing for less than one ad, which is a long and drawn out process. And the publishing program gives you more bites at the apple that is people’s attention, so there are more opportunities to either convert or convince people than in a single ad. And if something doesn’t work? You iterate it right out of the program.

Publishing programs *are* hard, don’t get me wrong. They take a dedicated team and a lot of attention. But as people’s online social behavior continues to move toward one of signaling affiliation with the brands they and their peers find cool or hip such a program is just that much more important as a way to reach them.

Twitter has posted about the usefulness and benefits of their Promoted Trends advertising products. In short they make the case that promoted Trends help lift brand messaging and create more positive brand advocates.

The primary reason behind that lift is, I think, this: The broader audience Promoted Trends reach means publishers are hitting more people who don’t already have strong opinions about the brand one way or the other. So whereas the normal audience may already be immune to the brand’s social media charms, reaching more people means reaching more people who have a genuine “Oh, cool!” reaction. That would account for almost everything else in Twitter’s findings.

It’s also worth nothing that this study looks almost entirely at engagement factors, not anything relating to actually moving the needle on sales. Some people might point to that as a sign of the weakness in making the connection between social media publishing and making the sale, but I don’t think that’s the case. Or at least it’s not the case any more than it usually is. Social media is partly about selling, yeah, but it’s even more about building up some positive sentiment and engaging with fans, customers and others and not necessarily about selling all the time.

In the wake of Google’s announcement that Google+ posts would now be embeddable elsewhere on the web I published this, my first piece on Medium, about how an embeddable web may not be as great as one built on open links but it’s not a bad second option.

Along with the embeddable option, Google+ can now be published to directly from WordPress.com, TypePad, Blogger and other platforms. That’s a huge win for people who want to share what they’re writing on Google+ but who don’t have the time to manually do so. Yes, I realize that goes against the “personal” tenet of some people’s social media thinking but it’s also a reality and it’s nice to have this option available. 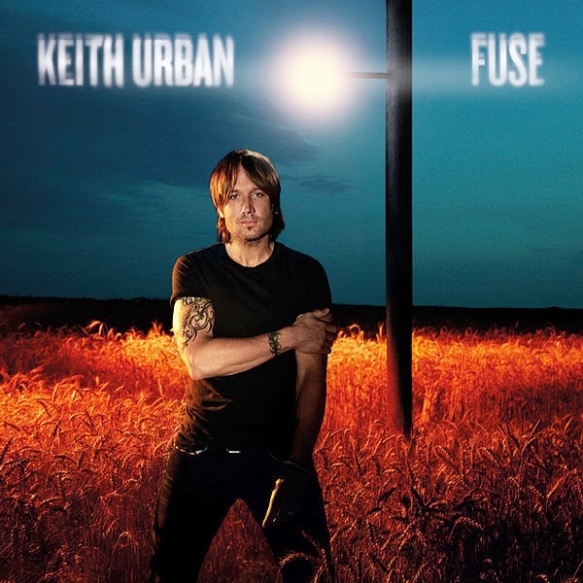 Watch Simon Pegg talk about how much thought they put into the levels of drunkenness and tell me that comedy is easier than drama.

Because sometimes you need some just amazing guitar work.

Ladies and gentlemen, my new favorite song of 2013.