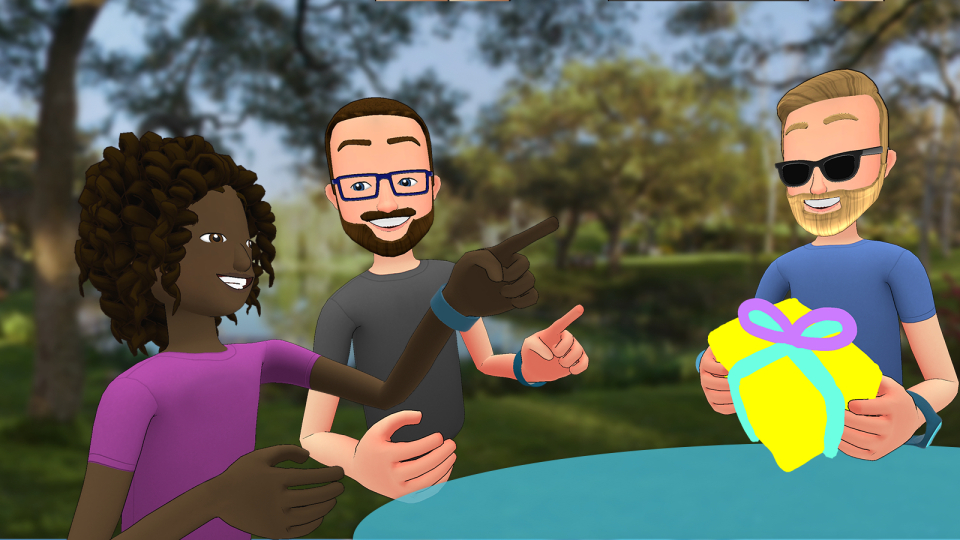 Everyone’s in the same race for the precious time that people spend on their smartphones, realizing that many of the apps and social networks are more or less mature in terms of growth and so have to compete on feature set. To that end, the last couple days have seen a flurry of activity from a number of the biggest social companies as they role out new tools and features to keep their audiences interested and create new advertising revenue opportunities.

What they’ve introduced is basically augmented reality, taking their popular “stickers” and making it more interactive. Called “World Lenses,” this new tool lets you drop animated digital animations and other items onto the world around you and then share that with your Snap buddies. This is pretty basic (if you can use that term with technology like this) but not only is it a new feature that extends an already popular concept into new areas, but it’s easy to see the sponsorship/advertising potential as companies vie to place their digital items into people’s Snaps.

The blog/social platform rolled out Cabana, a new stand-alone social video app. The gist is that you can watch videos and video chat with up to five of your friends. As Katie Notopoulos at Buzzfeed points out, this is the first stand-alone app from the Tumblr team and that while there’s no monetization play at the moment that’s not far down the road. Tumblr’s David Karp says it taps into the core Tumblr experience, which is to share key moments with your friends. That might be a bit of wishful thinking. It will be interesting to see how this works for content marketers. If people are watching a professionally produced video (e.g. a movie trailer, something from a convention etc) will there be any metrics available around that? There’s potential here for brands with big Tumblr followings to invite select fans in to a Cabana viewing/chat to give them a first look at something new and exclusive. It’s also easy to see being asked to pay for the ability to invite more people into a single chat session.

The company made a number of big announcements yesterday, including:

The new private collections introduced the other day allow people to save posts from anyone into a collection they’ve created. That seems like a play against Snapchat stories that anyone can contribute to but it’s a cool way to bring together themed collections around a night out or other event. It could also be used by brand publishers as an easy way to curate fan posts from a convention or other event and then share it themselves.

The bookmarking site is doubling-down on video with new video collections that are added to “Smart Magazines.” This isn’t a huge update but it shows the company is increasingly focused not just on helping people to build their own magazines and collections but also to being a destination to find news and other updates, particularly from the big publishers who are sharing stories there.