Movie Marketing Madness: The Girl On The Train 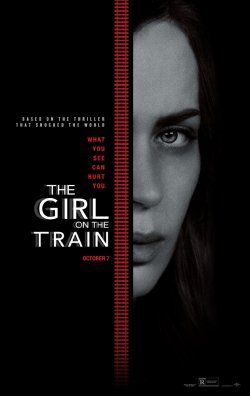 Based on the hit novel from a year or so ago, The Girl on the Train is now bringing to the big screen the story that had everyone buzzing over their foam lattes. In the movie Emily Blunt plays Rachel, a woman who’s having problems getting her life together. She’s divorced from Tom (Justin Theroux) and on her own, but unable to let go. Every day she rides on the train past the house the two used to share as well as that of another couple, Megan Scott, who give every appearance of being utterly in love and who Rachel has spun elaborate fantasies about.

Things become complicated, though, when Megan goes missing on the same morning Rachel wakes up hungover, with bruises she can’t account for and no memory of what happened the night before. So she sets out, sometimes with the help of and sometimes in direct contradiction of the police, to find out what happened and learn the truth of the situation. But not everyone wants the truth revealed and Rachel finds she’s not only questioning herself frequently but also under suspicion for her own behavior. While the novel was set in London and its outskirts, the movie has moved the action to New York and the suburbs because ‘murica. 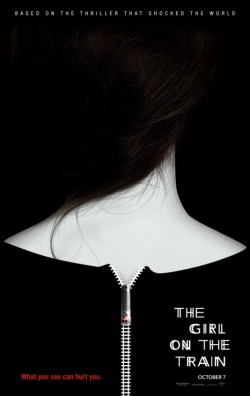 Things are getting kind of arty on the first poster. We see a woman from the back, her neck and shoulders shown with her hair swept to one side of her neck. Her dress is partially unzipped at the top and we see that the zipper looks like a train and tracks, a nice touch and neat way to bring all the main elements of, if not the story, then at least the title to the forefront of the design. In one corner we’re warned “What you see can hurt you,” making it clear that there’s some danger involved in the story.

The theatrical poster, of course, keeps the train motif with the tracks bisecting the one-sheet vertically. On the left is the release date, a reminder that the movie is based on the hit novel and the copy “What you see can hurt you,” which increasingly makes little to no sense. While above I stated that it hints at danger in the story, there’s nothing here to make that more clear or help it make sense. There’s no context and it really doesn’t work here without any supporting information. On the right of the poster is Blunt’s face, looking out at the audience like she’s looking out a train window.

The first trailer really wants to sell this as being in the same vein as Gone Girl from a couple years ago. We meet Megan, who describes herself as a master of reinvention but who’s not well-liked by others, it seems. Something, we see, happens to her and then we meet Rachel, who may have seen something as she passed by Megan’s house on the train. There’s a connection between the two and Rachel is determined to find out what really happened to Megan. The rest of the trailer is filled with women embracing their sexuality, men grabbing women and throwing them around and Rachel trying to figure out the various mysteries surrounding both herself and Megan.

I’ll be honest, I think this is kind of a mess. There’s no coherent through line to the trailer, we’re not given decent introductions to any of the characters aside from Rachel to form any kind of attachment and overall it’s just not super-clear. It’s working really hard to sell the movie as a procedural, with Rachel and the police working to run down clues and such, which wasn’t the point I, at least, took away from the book.

The second trailer has a better flow, moving from character introductions to showing the basic plot and premise, but otherwise works to hit many of the same story and emotional beats.

There’s not a whole lot new here. Some story points are new or expanded upon from the first spot but otherwise it’s largely the same presentation of a slick, cold thriller that is selling a big mystery with some largely unlikable characters.

There’s not much on the front page of the official website outside of the menu at the top and the social icons at the bottom linking to the movie’s Facebook, Twitter and Instagram accounts as well as the YouTube and Tumblr for Universal.

Moving to the menu at the top, the first section is “Trailer” which is where you can rewatch the theatrical trailer if you so choose. “About” has a few subsections, starting off with a Synopsis that only offers a few sentences about the actual plot and is mainly focused on the stars and producers of the movie. Cast and Crew will let you find out more about the talent and then The Book just has a link encouraging you to buy the source novel on Amazon. 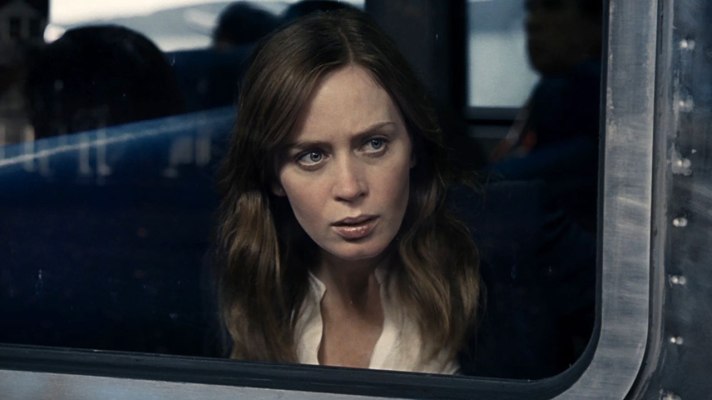 Both of the trailers are the only things in the “Videos” section, making the earlier “Trailer” section somewhat redundant. There’s a surprisingly robust “Gallery” of over two dozen images next and it’s all capped off with “Tickets” to get you to buy tickets now.

TV spots were run, it’s safe to assume, though no such spots were easily found on YouTube, at least not domestic U.S. spots. That’s really odd since, again, with such a big launch like this with such a built-in fan base it makes sense to not just run quite a bit of TV advertising but also share those spots online.

Appropriately, the source book got a new cover featuring the initial key art for the movie.

Universal was among the first to test Snapchat’s new “Snap to Unlock” ad unit, with Snapcodes appearing on billboards around New York (of course) that unlocked special geofilters associated with the movie.

There was also quite a bit of online advertising done, usually using some variation on the key art or the image of Blunt looking out the window of the train.

The first look at the much-anticipated movie appeared in EW, just showing Blunt looking out a train window. The actress would then talk about what it was in the story that attracted her to the role and all its emotional challenges. It was a while then until there was more conversation about the movie, specifically around the first footage that was unveiled at Universal’s CinemaCon presentation.

The movie was the subject of a nice cover story in Entertainment Weekly that included exclusive photos, interviews with Blunt and others and much more. 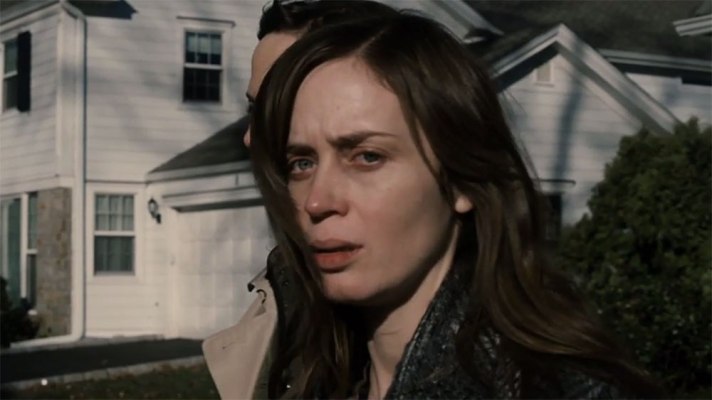 A substantial profile of Blunt included a look at her whole career as well as how she approached the character, what it was like shooting the movie while she was pregnant and more. Later on she talked at the movie’s premiere about how women relate to the story, her love of true-crime stories and more.

The path the movie took from its start as a humble first novel from Paula Hawkins to the big screen in a major production was also the subject of this story.

The campaign itself isn’t bad. There are a lot of good consistent elements here that connect things and create a strong brand identity. Sure, the trailers are a bit overwrought and silly and it’s clear the studio is trying to play up the psychological thriller aspects of the story more even than Rachel’s search for the truth. But what do you expect with pulpy source material like what was used here?

The fate of the movie relies, I think, on the word-of-mouth coming out of opening weekend. If X percentage of the people who loved the book go and see the movie and come out thinking it’s the silliest, most ridiculous thing ever and don’t recommend it to the rest of their friends, there’s no way this goes on to become a hit. If it’s just grounded enough to not be a complete joke and shows, despite the change in story setting, some allegiance to the source material then it could make a decent impact on the box office.

One thought on “Movie Marketing Madness: The Girl On The Train”