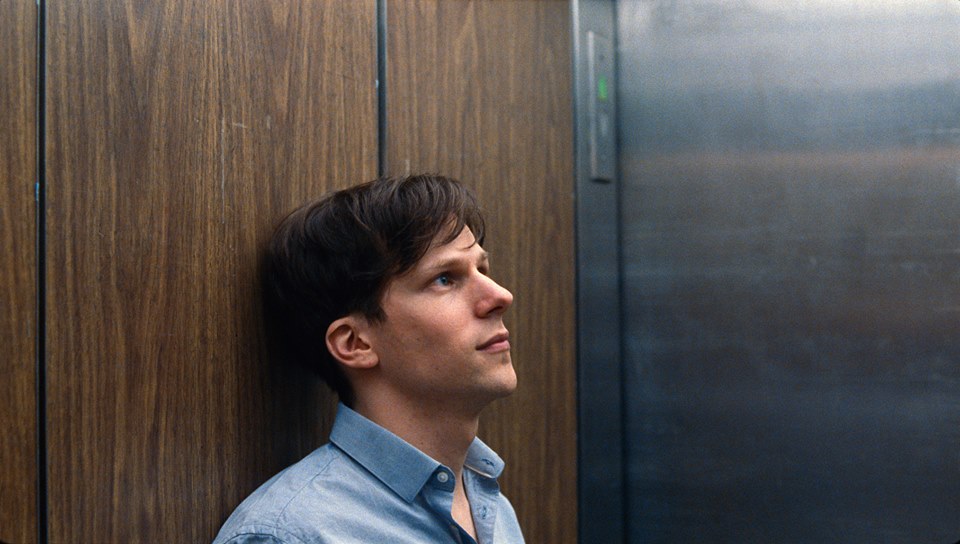 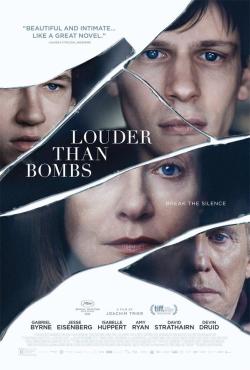 There are many and various reasons behind why some people escape their families. In fact just using the term “escape” means that they’re likely in a situation that’s at best unpleasant or at worst toxic and abusive. Often there’s no terrible reason but someone has moved away, physically, emotionally or both, more for personal motives. They want to find themselves, explore an opportunity or simply escape the gravitational pull of their larger families. Many times the circumstances that pull them back together cause stress and can bring uncomfortable truths from one side or the other out into the open.

That’s the premise of Louder Than Bombs. Jonah (Jesse Eisenberg) has moved away from his family following the death of his mother in a car accident. A new retrospective of her artwork, though, brings him back home where he has to interact with his father Gene (Gabriel Byrne) and younger brother Conrad (Devin Druid). But there’s a truth behind the accident that killed Isabelle (Isabelle Huppert) that Conrad was too young to know at the time but which is now poking out from its hiding place as the three men have to find a new way of dealing with each other.

The first poster does a great job of selling the cast and setting up the dynamic of the story, if not the story itself. we see the faces of four people, presumably a family, but their images are all broken up in what looks like a shattered mirror or piece of glass. An early critic quote praising the movie appears at the top and below the title treatment we get the copy “Break the silence,” so it’s clear we’re going to be dealing with secrets and things unsaid likely coming to light. At the bottom are a couple festival banners and the cast list.

I like the way this is laid out, putting the emphasis on the faces of the lead actors and trying to convey some emotion and tone, not overloading the one-sheet with a lot of other imagery. There’s no way this appeals to the mass audience since it takes way too much effort to decipher and doesn’t underline what it’s all about but for the audience that is more into smaller, more personal stories this holds a lot of appeal.

The movie’s trailer is kind of fantastic. We get immediately into the story as the voiceover starts off with Jonah asking if his brother ever thinks about their mother, who died in a car accident. It quickly becomes clear that the truth of what happened to their mother hasn’t been shared with everyone and that the younger brother is still struggling with her death. Everyone’s concerned about how he’s doing and what to do when he finds out what really happened. The last part of the trailer shows a bit of the rest of the emotional context for the movie, including the dad possibly meeting someone new, a baby being born and more.

The trailer does a great job of unfolding slowly and building up some drama. It’s clear everyone here, from Eisenberg to Byrne and the rest, are in full “minimal acting to portray suppressed emotions” mode, which serves the story well. This looks likes a mostly quiet, character-driven family drama that, at least in the trailer, doesn’t even have that “big” moment movies often have. Looks intriguing.

There wasn’t an official website for the movie, which is pretty common for releases from The Orchard. But there was a Facebook page that shared the little bit of press the movie got as well as trailers, clips and other promotional material. There’s a notable shift around the end of last year from an international focus as it was released in non-U.S. territories to the domestic U.S. release. 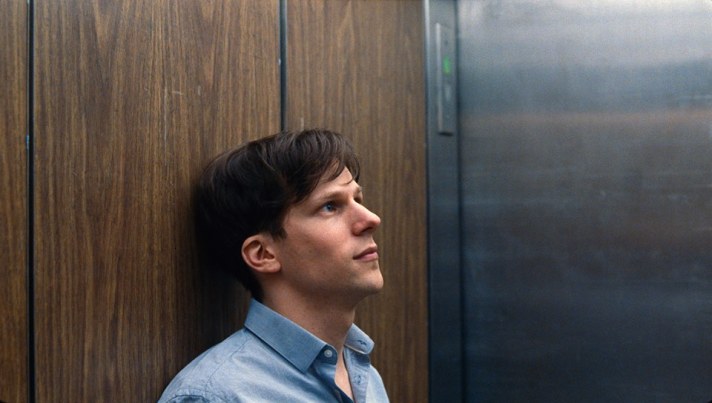 An interview with Eisenberg accompanied the release of the poster and trailer just about a month and a half ago where he talked about what drew him to the movie, how he fit filming into his Batman v Superman shooting schedule and more. Similar topics were covered in this interview with Byrne, including conversations about what else he’s doing at the moment. 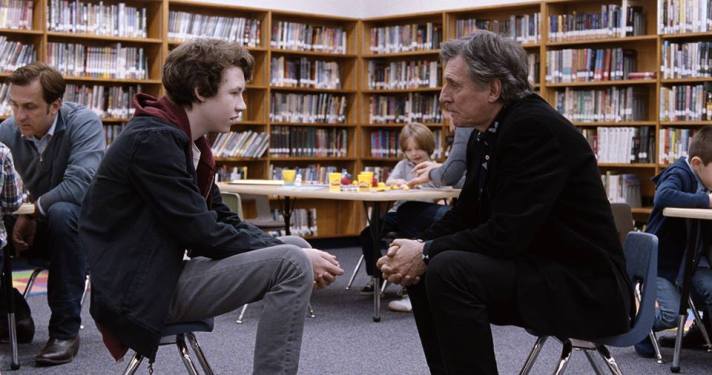 It’s a nice tidy little campaign that sells an emotional story. The focus here is on that story and doesn’t seem to call out or really emphasize any one performance, though certainly Eisenberg’s character is at the heart of the story. But it spreads the attention around so that it becomes clear that all the characters have their own arc and journey to go on. It’s a good marketing push that understands it doesn’t need to oversell a personal story.

Ultimately though there’s a bit of feeling here that this is a two hour exploration of White People’s Problems. Everyone is very angsty and biting about what the truth is and why secrets are being held and all that, but it’s within the context of otherwise safe and comfortable lives. They’re concerned about hiding and revealing the truth because they can afford to be. That’s not a knock on the movie, but the campaign doesn’t make a strong case that this has something new to say with that situation.