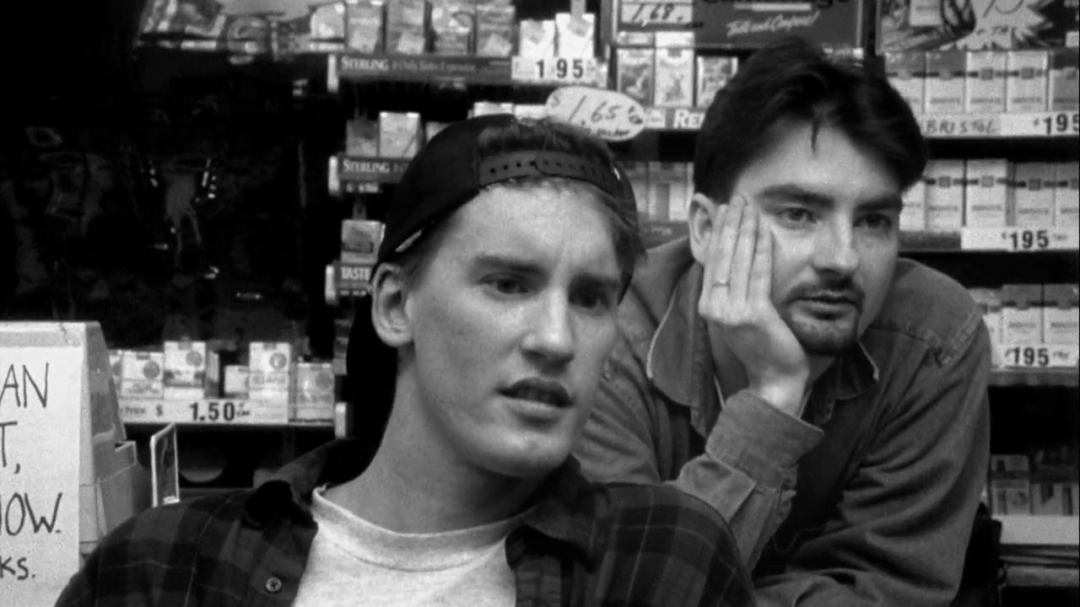 When it came time for the official marketing campaign for Clerks to begin the movie already had a head of steam in terms of press and publicity. Kevin Smith’s debut film – famously shot for less than $28,000, black-and-white and starring friends and friends of friends – had made a name for itself with exciting and well-received debuts at Cannes, Sundance and other film festivals earlier in 1994.

But it’s important to put yourself back in the place of being, to use myself as an example, a 19 year old movie fan in 1994. The media world was much different then. While Smith was an early adopter of the web as a marketing tactic, home internet connections were not exactly pervasive and going online was a pretty significant investment of time since it involved a dial-up connection that would tie-up the phone line in my college dorm. Either that or the “computer lab” elsewhere on campus. 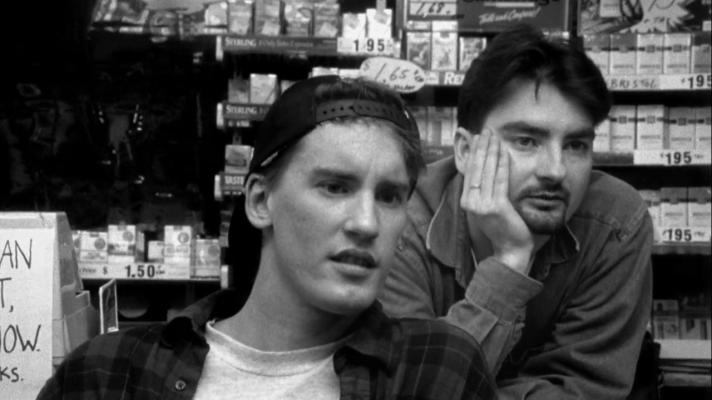 There wasn’t the pervasive fan-generated media there is now that would cover every aspect of a movie, with dozens of outlets sending teams to film festivals to catch as many films as possible and champion the ones they really connected with. So for the general public news of the movie was primarily driven by coverage in newspapers, magazines and on TV of those festival screenings and wins, but you have to remember that 22 years ago that coverage wasn’t in-depth, largely because many of those movies would never play in much of the country, so weren’t worth the column inches.

Clerks cut through that thanks to Miramax and the penchant of the Weinsteins to turn any sort of push-back to their movies into press narratives about persecution and censorship. The movie originally received an NC-17 rating from the MPAA because of the coarse language and not because of anything that’s actually shown on-screen. That’s pretty shocking when you think about it and provided Miramax the hook on which to hang a massive publicity push. The rating would have been the death of the film since so few theaters would agree to play it and, at the time, it’s not like there were a variety of alternative distribution platforms. You needed either theatrical release or you went straight to home video, which in 1994 still brought with it the stink of failure.

Even with the eventual R rating the movie got only a very limited theatrical release. So the marketing had to drive people to a small number of theaters showing the film. In the Chicago area I don’t know that it ever played outside of one or two theaters in the city, including the Piper’s Alley location I saw it at.

There were two posters for the movie but they’re basically variations on a theme. The first one shows five out of the six main characters – Jay is oddly absent – looking up at the camera. The photo used is in black-and-white, which is in keeping with the movie itself, but everything else is in color, including the title treatment. At the top the copy reads “Just because they serve you, doesn’t mean they like you.” 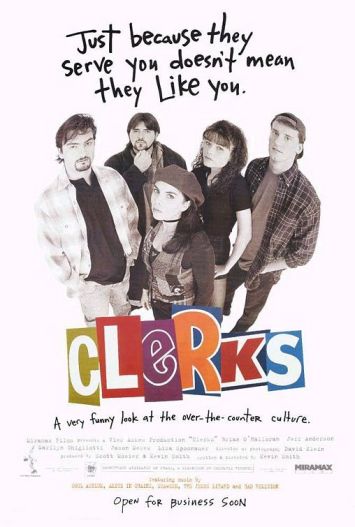 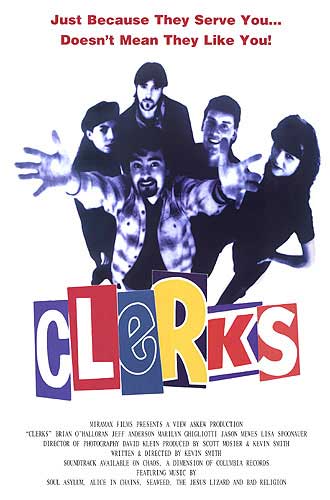 I have to stop right there and talk about how much that resonated with myself and the people I knew at the time. We were all working one or two part-time jobs and while I didn’t loathe the customers at the theater I worked at I certainly wasn’t a fan of each and every one. And the refreshingly honest tagline really spoke to the dissatisfaction my generation was feeling with the corners we were being put in and the roles we were being assigned. It’s not like we were the first group to feel like that but this hit at just the right time to really capture the feeling and attitude the post-Boomer kids were dealing with.

Remember that this is just a few years after grunge acts like Nirvana and Pearl Jam hit the scene and this was basically the movies catching up with that wave of “ugh, no one understands me and society sucks” that was going through the culture. We were all feeling like there was no chance for us to ever be grownups because what was the point? We all just wanted to do our thing and write our poetry (or make our movies or whatever) and be left alone by our parents who didn’t understand our struggles.

Back to the poster, at the bottom we’re told this is “A funny look at the counterculture,” which seems like a tagline that’s meant to appeal to an older group of moviegoers because no one who was actually part of what at the time was the counterculture would ever call it that.

The second poster is basically the same, just with a different black-and-white shot of the cast (I can only assume Jay is omitted because he’s such a secondary character and while Silent Bob is at the same level – or below – Smith *is* the director) and this time the “Just because they like you…” copy at the top appears in a more formal typeface and not like it’s been scrawled in shoe polish.

Looking at the trailer, the narrator sets up how it’s time this uncelebrated group finally got its time in the spotlight. There’s almost nothing about the Caitlin Bree story that drives much of the “action” in the movie here as it instead focuses on some of the more obvious gags about the characters. So we see Dante closing the store to play hockey, Randall’s “salsa shark” bit and so on.

Interestingly there’s a good chunk of time at the end that’s devoted to selling the audience on the music that’s featured in the film, an attempt seemingly to appeal to a different audience who might be more into music as well as to sell the soundtrack. Keep in mind too that the soundtrack featured snippets of dialogue from the movie, so it was part of the film’s marketing as well, planting the seeds of the movie into the minds of anyone who might have *just* picked up the album because of the artists on it.

So you have a poster campaign that seems geared toward, seemingly, an older audience. It’s like it wants to give those who are 10 or 15 years – or more – out of the age group of the people in the movie a glimpse into the lives of these “slackers” Newsweek keeps talking about. But the trailer is more clearly aimed at the *actual* target audience of teens and 20-somethings that are going to more closely relate to the story being told. That’s a bit odd in retrospect but may say more about the indie-film audience of the time than anything else since at the time this genre *was* more about appealing to mid-30s professional adults than “kids” who were still a few years away from being seen as a viable ticket-buying audience of their own.