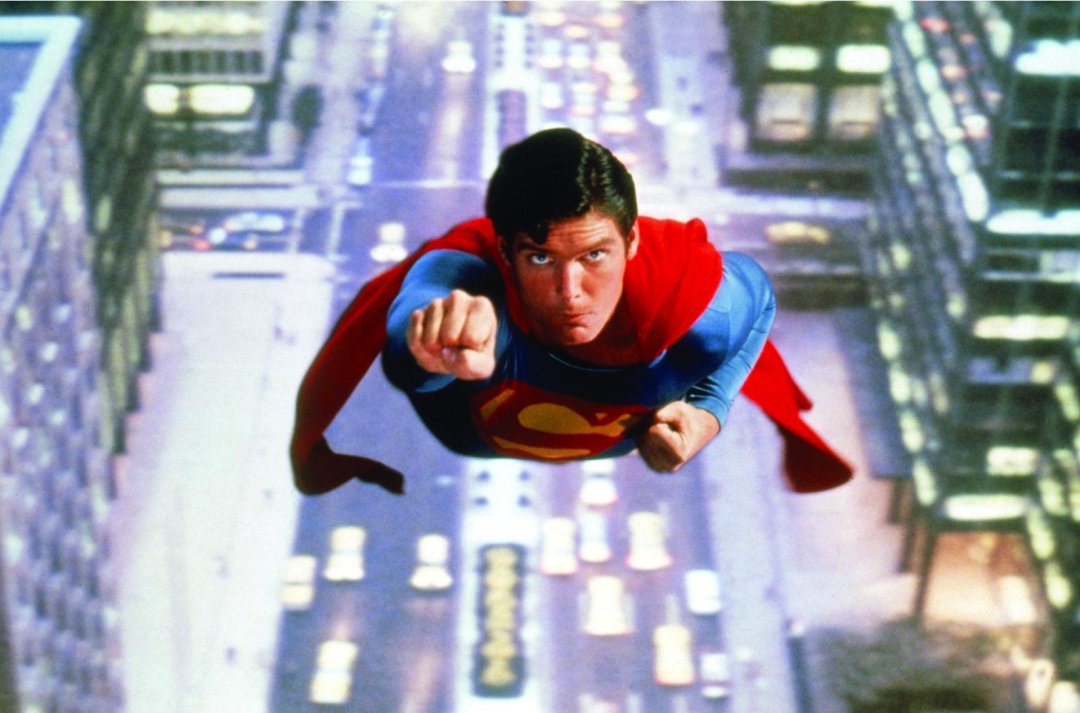 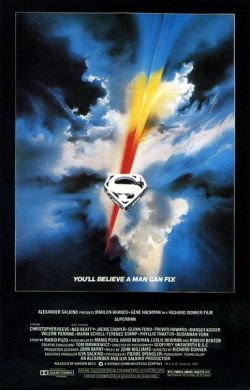 This past Monday was Superman Day, which is admittedly a made up holiday. It combines almost 40 years Metropolis, IL has held its annual Superman Celebration and the anniversary of “Man of Steel Day,” which DC Entertainment introduced in 2013 as part of the lead-in to the release of Man of Steel. Metropolis picked the second weekend of June because it’s close to what’s widely considered the publication date of Action Comics #1, June 14, 1938. That’s no doubt part of the reason Warner Bros. released Man of Steel on that date in 2013.

Despite being almost a full week late to the party, I’m taking this opportunity to flashback to the 1978 marketing of Superman: The Movie. Christopher Reeve stars in the role of Clark Kent/Kal-El/Superman in an extended origin story that covers what are now standard beats in any Superman story. We see the destruction of Krypton in an incredible – and fairly lengthy – sequence starring Marlon Brando as Jor-El, Kal’s father and the planet’s leading scientist who’s marginalized for his warnings of impending doom. Unwilling to stand idly by, he and his wife decide to send the infant Kal out into the stars, to Earth. There he’s adopted by Johnathan and Martha Kent (Glenn Ford and Phyllis Thaxter) and raised as a human to hide his powers. When he’s older he goes to Metropolis to work as a reporter at The Daily Planet alongside Perry White (Jackie Cooper) and Lois Lane (Margot Kidder). Eventually, he embraces his heritage and begins actively fighting crime and saving people as Superman, but that brings him into conflict with Lex Luther (Gene Hackman), who has plans of the evil variety.

The theatrical poster immediately sets the tone for the campaign and the movie as a whole. The sigil of the House of El is set among the clouds, a red, yellow and blue streak running behind it. “You’ll believe a man can fly,” the copy reads, setting the expectation for the audience that they’ll be awed by the effects and presentation of the movie. 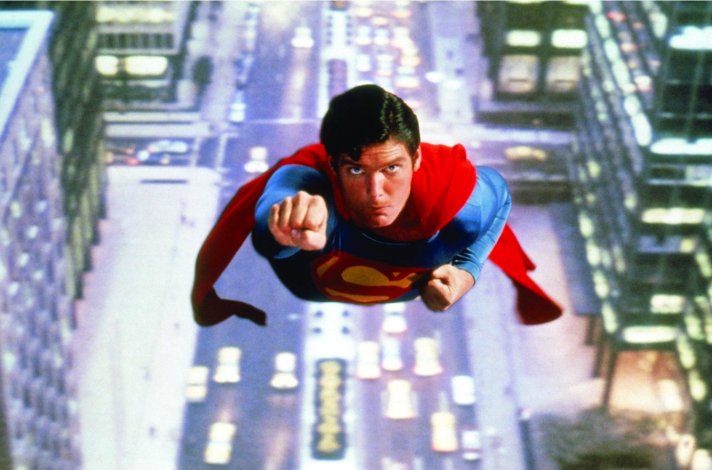 It’s notable that it doesn’t include a photo of the title character. You would think that with such recognizable intellectual property – at the time Superman was celebrating 40 years of pop culture popularity – it would have made complete sense for him to be front and center. Perhaps the decision was made to not do so because Reeves was an unknown quantity at the time, with just a few acting credits to his name. And while Brando and Hackman were well-known (and the only actors to be named above the title), neither was Superman. Whatever the reason (other posters would show all three actors), this one is going for feel and style, not just shots of either the characters or the actors in those roles.

A teaser trailer was created by director Richard Donner to highlight the all-star cast at a time when the fate of the movie was reportedly in doubt, with Warner Bros. wringing their hands over its fate in the wake of 1977’s Star Wars. In fact, it was added to Star Wars during that movie’s theatrical run to raise awareness and created sizable anticipation for the movie. It contains no footage, just the names of the actors and ends with the title treatment that was, and continues to be, in use on the Superman comics to help with the familiarity.

The theatrical trailer takes a different tack, starting out just where the movie does, on Krypton as Jor-El warns of the cataclysm to come. We hear they are an evolved and more intelligent civilization just as the planet starts crumbling around everyone’s ears and eventually explodes. But, we see, there was one survivor and we’re shown the landing of Kal-El’s pods into the farmland of Kansas. Superman emerges and we then get the credits of the actors, director and producers and others.

At one point the narration hits the “only son” beat a bit hard, really taking advantage of the Christ-like figure Superman is often portrayed as, including in the trailer for 2006’s Superman Returns. And it’s shocking that while we see Brando’s Jor-El we’re not shown Hackman’s Luthor. Instead, this comes off in much the same way as the poster, emphasizing the feel-good heroism of the title character and not his actual battle against an adversary.

It’s a bit surprising how the campaign would consistently hide one, if not two, of its biggest assets, namely Hackman and Brando. There may have been contractual issues factoring into that decision – Hackman reportedly was prickly during production and fairly mercenary in his acceptance of the role – but those were big bullets to keep chambered and had to be for a reason. Warner Bros. wouldn’t keep the stars of The French Connection, The Godfather and other movies already classics in 1978 out of the spotlight unless there were factors that made doing so necessary. Still, that reality, whatever it was, contributed to a campaign that was more hopeful and heroic than it might have otherwise been. It sold the experience and spectacle, not the specific story. That may have been part of what has made the movie so timeless, because it already existed on a whole other plane.