From Huey P. Newton to Coming To America, How the Web Reacted to the Black Panther Trailer

Last week Marvel Studios released the first trailer for the highly-anticipated Black Panther, hitting theaters in February of next year. The character, a Marvel Comics mainstay for decades, debuted in a small but important role in last year’s Captain America: Civil War and now, with Ryan Coogler directing and Chadwick Boseman in the starring role, he’s getting his own feature film. 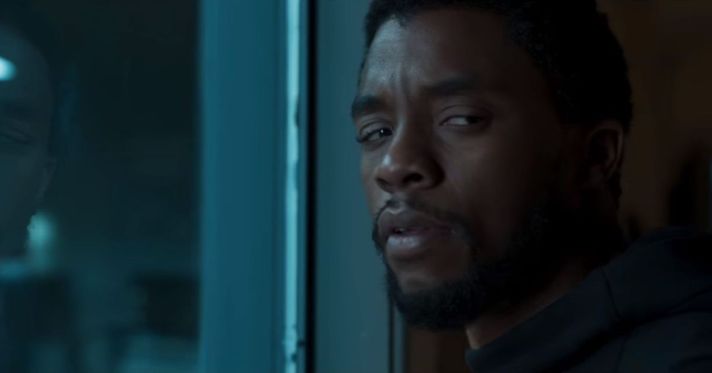 The spot debuted during an NBA Finals broadcast and was preceded early that day by the release of the first teaser poster, setting everyone off in anticipation of what was to come later. According to reports, the plan was initially to hold it until this week but the way the Golden State Warriors were making short work of the Cleveland Cavaliers, the schedule was accelerated to make sure the opportunity wasn’t missed.

While the reception to the trailer seemed to be mostly positive based on my reading of Twitter, I wanted more substantial numbers and so turned to the team at Amobee. What they provided backed that gut assessment up.

Phase 1: The Poster is Released 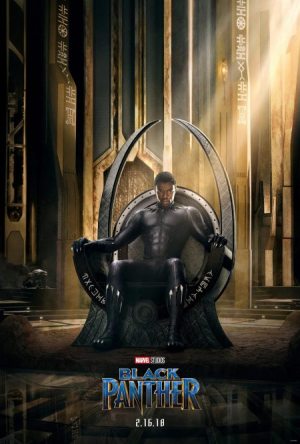 Even before the poster hit the interwebs, awareness was pretty high for a movie not coming out for another eight months. According to Amobee’s numbers, there was 58% as much Black Panther content on the social web as there was Wonder Woman, which is in theaters now and riding a wave of positive word of mouth. That’s significant and speaks to the anticipation for the movie, largely based on his previous supporting appearance.

When the poster was dropped Friday morning it resulted in an immediate and understandable uptick in Black Panther-related conversations. Roughly 7,500 Tweets were posted around the time it was released talking about the one-sheet, a nice initial pop for the movie.

Not all of that was positive, though. According toAmobee, 46% of people were neutral on the design and 27% negative, the same number that viewed it positively. That negativity seemed not to be directed at the movie itself but at what was seen as a crude and amateurish Photoshop job to put Boseman’s head on a picture of the Panther sitting on his Wakandan throne.

A lot of people also some historical reference in the position T’Challa is adopting, comparing it to a famous photograph of Huey P. Newton, founder of the Black Panther Party of the 1960s. Whether or not it was an intentional design choice by the Disney marketing department or not, the parallel here is kind of clear. It should be clear, though, that the character, which debuted in mid-1966, wasn’t named after Newton’s organization, which wouldn’t emerge as a significant power until later that year.

The earlier release of the poster primed the pump (I just made that phrase up, btw) for the debut of the trailer later that night. So audiences were ready.

I have to wonder, though, that if the original schedule had been executed there would have been a series of five-second teasers that would have provided additional opportunities to whet the audience’s appetite. It’s kind of uncommon these days for a major studio franchise film like this to not have its trailer heralded by five days of countdown teasers.

Regardless, reaction to the trailer was overwhelmingly positive, to the tune of 86%. Just 13% were neutral and a scant 1% of initial reactions were negative, which had to be sweet music to Marvel’s ears.

That didn’t last, though. Over the next few hours, the sentiment shifted until it was around 56% positive, 39% neutral and 5% negative. That’s still good news and the change may not have been directly tied to the movie on display in the trailer.

Instead, it seems to have been affected by the internet’s tendency for snark, as some people wondered if The Alamo Drafthouse would hold an African-American-only screening of Black Panther in the same way it held a controversial female-only screening of Wonder Woman recently. Still, that was a small part of the overall conversation and was confined to a few hundred wiseasses.

Overall Amobee reports over 419,000 Tweets about the movie over the weekend following the trailer’s release, most of which were positive, and over 290,000 uses of the #BlackPanther hashtag. That doesn’t count, though, fan-created hashtags like #BlackPantherSoLit. And you have to note the 26,500 people discussing what they were going to wear to go see the movie, which included a healthy amount of GIFs of Eddie Murphy and Arsenio Hall in Coming To America, proving the internet is still great.