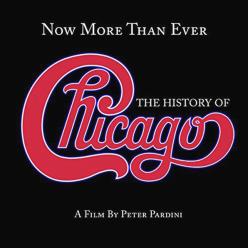 The first, Chicago: Now More Than Ever, is a decent overview of the four decades of the band’s history. It’s largely self-promotional piece, produced by the son of the band’s current keyboardist and singer Lou Pardini. As usual with histories of the pop/jazz/rock ensemble it lingers a bit too long on the band’s glory days and therefore isn’t fully satisfying for those of us who came in around “18” and would like to see more of the post-1986 era. There are also moments that are surprising (Ummm…where’s Bill Champlin?) and not so surprising (Dawayne Bailey continues to be unremembered despite his decade as lead guitarist).

The second is John Mellencamp: Plain Spoken. This is less a documentary and more a new twist on the concert film model. The camera does follow a concert by Mellencamp and his band but a running commentary from Mellencamp himself is laid over the footage, meaning you can’t hear much of the music being played. That’s both slightly disappointing – the band sounds great – and intriguing because it adds to the idea that Mellencamp is at heart a storyteller. So you literally have him here telling stories while he’s telling stories. It’s a bit egotistical, but it would be more frustrating if he weren’t such a continually interesting character.

(side note: I’m a *big* fan of Mellencamp’s last decade of work, when he decided to go all-in on emulating his idol Woody Guthrie. He clearly gives zero cares about being liked and just wants to do work that fulfills him personally. The concert in the film starts off with a bunch of more recent tunes and then shifts to older hits, all of which have been rearranged in minor keys, accentuating the sometimes-unsettlingly dark lyrics. By stripping away the original recordings’ jangly guitars and snappy drums these are laid bare in a way that really hits a nerve. Love it.)

There were moments in both where the subject being interviewed shared a lesson they’d learned that’s applicable not just to music but to writing and most other creative pursuits.

In Now More Than Ever, Chicago trombonist Jimmy Pankow is talking at one point about how hard he and the other members of the band practice. That was true back in the 70s when they were all kids on the road 300 days a year and putting out an album every year. What he says is something like this: You have to practice to the point where you’re able to take the sound you have in your head and be able to express it through the instrument.

In Plain Spoken, Mellencamp toward the end is talking more about how he’s always worked to take his own unconventional path in the music industry, insisting on doing what he wants and not what a bunch of executives who can’t carry a tune feel he *should* do. It’s a theme he hits often in his commentary, but at this point he says something like this: An artist should strive to consistently surprise not just the audience but themselves as well.

Both of those are so important.

Writing isn’t just about putting one word behind another until you reach the end of a sentence and then string a few of those together into a paragraph. It’s about communicating an idea, some idea that’s important to you. Or, failing that, an idea that should be important to the audience. That’s why practicing writing is so vital, whether you wind up publishing it or not. You sit there and you keep writing and erasing and writing again and trashing and writing again until you feel satisfied with how it looks and sounds. The best writers figure out a process for themselves that makes the process easier, but that takes even more practice and self-awareness.

To Mellencamp’s point, I can’t tell you how many times I’ve gotten a quarter of the way into a blog post, fiction story or some other project and realized it was going in a whole different direction than I had initially expected it to. The piece has leaked through my fingers in a way I didn’t plan and taken me by surprise. I can’t believe I’m the only one who’s felt that happen and those are some of my favorite pieces, ones I’m even more satisfied with than usual.

There are lots of mediocre writers out there that are hugely successful. You can tell, though, the ones – whether they’ve broken out in some manner or not – that have put in the work and are trying to do their own thing in spite of conventional wisdom trying to pull them in some other direction. That’s true, I think, of any art form.