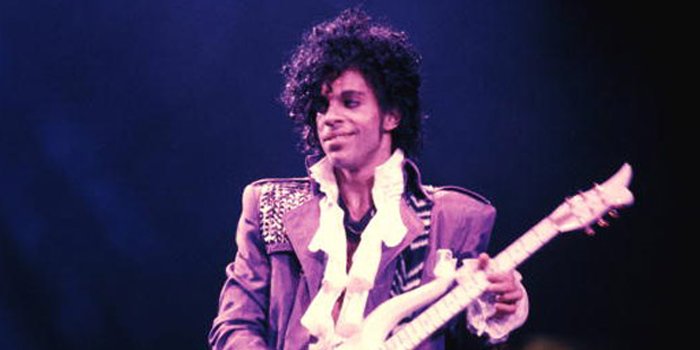 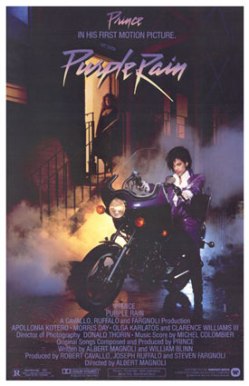 It’s been a little over a week since the unexpected passing of the music icon Prince. Tributes have come in far and wide and everyone is sharing their favorite stories about how they saw him live, how his music impacted them at a young age and so on. His impact on movies was covered extensively, of course, from his own movies like Purple Rain and Under the Cherry Moon to his Batman soundtrack and how it impacted the future of movie marketing.

There wasn’t time for me to fit this in last week so I’m taking time today to revisit the marketing of Prince’s seminal feature film Purple Rain. Somewhat autobiographical, the movie tells the story of The Kid (Prince), a struggling artist who comes from an abusive and difficult household. With his band, The Revolution, chafing under his leadership, The Kid is on the cusp of hitting it big but is sabotaged by Morris Day, the leader of The Time and his rival at a local club in a way that threatens not only his burgeoning career but also his romance with Apollonia, who wants to be in a group of her own.

Released in 1984, this was at the height of Prince’s popularity and powers. His album 1999, released two years prior, had cemented the promise of records like Controversy and Dirty Mind and turned him into a full-fledged musical icon. And considering much of that popularity came from his innovative and notable music videos, it made sense that long-form movies would be his next step.

The theatrical poster looks exactly like it was pulled from one of those music videos. There’s no attempt to sell the story here since that’s lower than even being secondary on the list of priorities to convey to the audience. Instead it’s just Prince, decked out in a purple suit and shown straddling a matching purple motorcycle. He’s sitting outside…some sort of building but it’s not clear what it is, a club, a private home or something else. It doesn’t matter. What matters is the woman – Apollonia we know but which isn’t explained here at all – who’s standing in the open doorway.

Again, this looks like a shot that could be taken from any Prince music video. It shows the star giving the camera a seductive look and a woman who’s waiting to be paid attention to. The one-sheet makes a big deal at the top of explaining this is “Prince in his first motion picture”, even using the same font the artist applied to his albums when mentioning him. The image is heavily-stylized and slick and is very much in keeping with the image Prince was conveying at the time.

The official trailer starts off by hitting the same note, with the narrator immediately intoning that we’re going to see Prince in his first motion picture out. That narration will go on to explain that before he wrote the music he lived every minute of it, clearly explaining that this is an autobiographical story in many ways. That’s as close as we’ll get to a plot or story description, though, outside of vague comments about how he’s going to “risk everything for the only thing that mattered.”

The whole trailer is set to “Let’s Go Crazy” and shows a montage of random clips from throughout the movie. So we see plenty of Prince either performing on stage or in his dressing room, shots of him with Apollonia, sometimes out cavorting along a river or in the throes of passion in some manner. Along with that there are a few shots of Morris Day looking like a crazy person and a bit more.

Aside from that little bit of narration there’s almost nothing about the story here. Nothing is offered about who these characters are, what the setting of the movie is or anything else. I mean nothing. So, as with much of the rest of the campaign, it’s presented as more of a Prince music video than anything else. The trailer sells an experience more than a movie. Or more accurately, it presents a loose collection of moments featuring Prince and those around him than an actual movie. It’s selling Prince’s image, well-cultivated at this point, to an audience that was presumed to be receptive to just that because he was a huge part of MTV’s programming.

This would represent the pinnacle of Prince’s cinematic career, which never hit the highs of his musical offerings. No, he’s not a great actor, but a lot of people aren’t. But as with most things it seems as if success wasn’t the point. It was a creative itch that Prince was eager and able to scratch, with the goal simply being to put it out there, not for it to achieve huge mass success or critical acclaim. It’s yet another area where the artist would carve out his own path and if you didn’t get it then you weren’t meant to get it.

Looking briefly at the trailers for his two follow-ups, Under the Cherry Moon and Graffiti Bridge, you see plenty of similarities to this first effort. The UtCM trailer follows Purple Rain’s format to a T, showing lots of scenes of things happening but offering no hints as to the story, all set to “Kiss.” The trailer for Graffiti Bridge, a direct sequel to Purple Rain, varied slightly. So while again it uses “Thieves in the Temple” as its base track there is a bit of dialogue and at least the rough outline of a story on display.

Far from the undisputed genius that his musical catalog is seen as, in theaters Prince was much more hit and miss. While Purple Rain, in particular, has its defenders, it’s never going to be mistaken for a “great” movie. But it’s all part of Brand Prince, and that’s what matters. Judge it at your own peril.