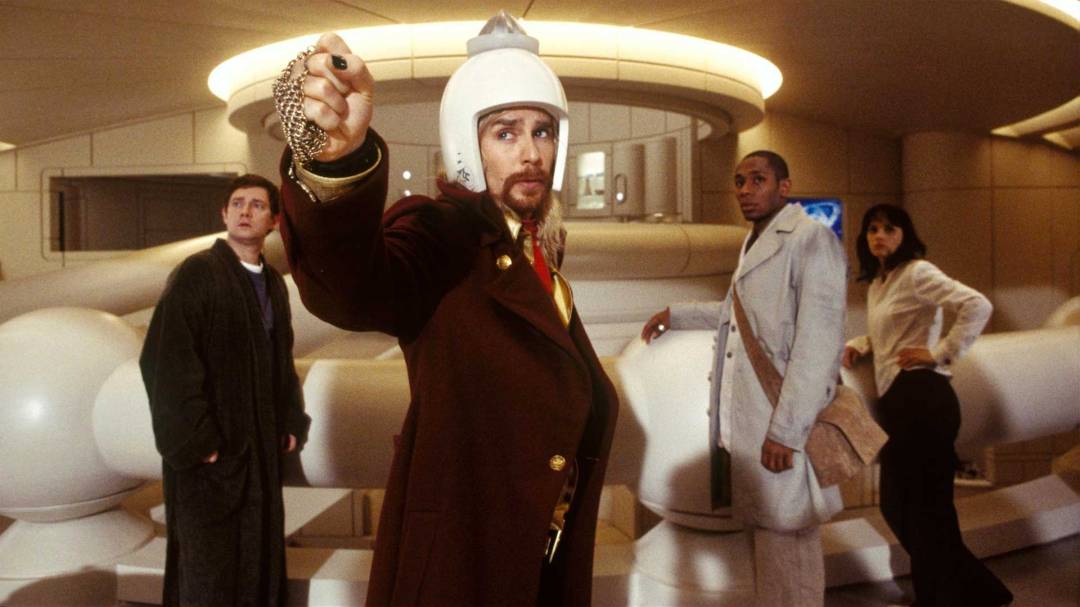 Hitchhiker’s Guide to the Galaxy
Yahoo! Movies has posted the teaser trailer. Am I the only one worried by the distinct lack of tongue-in-cheekness to this?
Batman Begins
EA Games has announced they will be producing a tie-in video game for the upcoming movie.
There will reportedly be a new trailer attached to Ocean’s Twelve.
Elektra
The movie’s website has updated with a bunch of new features. The site continues an annoying trend for 20th Century Fox flicks – The trailer is only in QuickTime.
Be Cool
MGM has launched the movie’s official site.
Star Wars: Episode III – Revenge of the Sith
TheForce.net has obtained scans of upcoming promotional items from Burger King.
Assault on Precinct 13
FilmForce has linked to the teaser trailer for this cult-classic remake.
Constantine
Click over to MTV for a first look at the poster. Quite frankly I don’t think it’s particularly spooky looking for a supernatural thriller.
Fantastic Four
SuperHeroHype reports that a first look at Dr. Doom in full armor will appear in this weeks Entertainment Weekly.
Spider-Man 2
TV spots have started airing for the Nov. 30 DVD release. Remember how most of the reviews, almost all of which were positive, praised this movie for it’s deep and honest emotional core? Forget about it because all the commercials show is Action! Action! Action!
Charlie & The Chocolate Factory
The site consists solely of a teaser poster for the Johnny Depp starring and Tim Burton helmed adaptation, but it’s great. I’m so glad it’s Burton at the wheel for this.