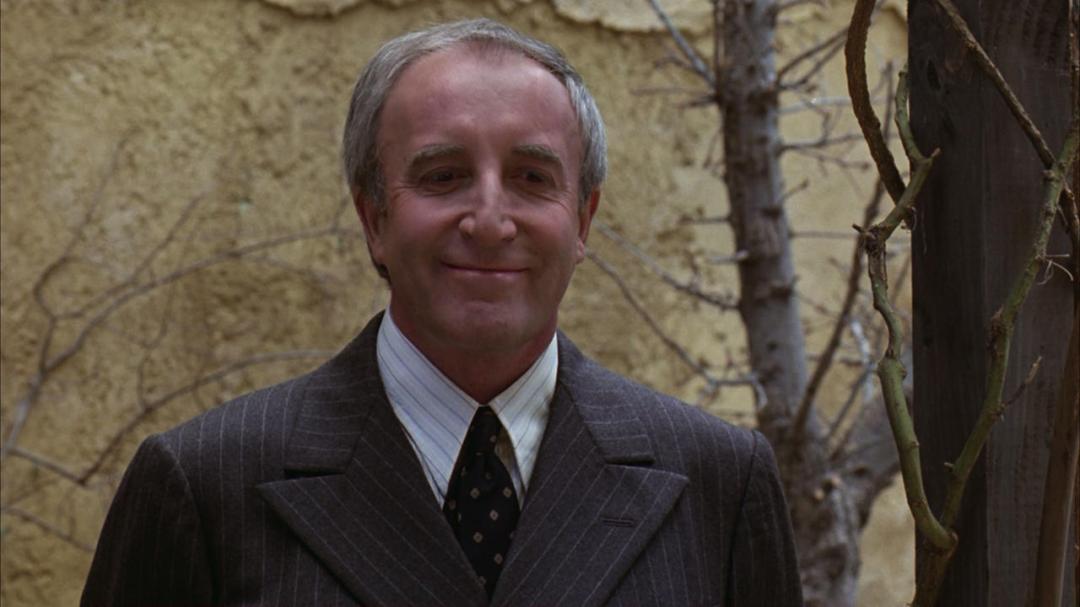 Flashback MMM: Being There 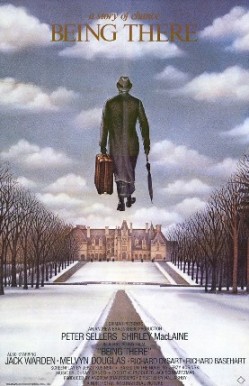 Hal Ashby’s 1979 dry comedy classic Being There has been in the news again recently, thanks largely to the movie finally receiving a new edition as part of The Criterion Collection. And so, because it’s never a bad time to talk about this movie and despite it being a couple months after that release hit shelves, that’s where we will turn our attention today.

Peter Sellers, in one of his final film roles, stars as Chance, the gardener for a wealthy man living in Washington, D.C. Chance is a simple man, with little education or knowledge of the world beyond the care of the plants he oversees and the programs he watches on television. After his employer dies Chance is out on the street. It’s while wandering the streets that he encounters Eve Rand (Shirley Maclaine), the wife of an ailing business man, who sets a new life in motion for Chance. Through a series of connections facilitated by Eve and her husband, Chance is mistaken for an important, influential decision-maker named Chauncey Gardener and winds up becoming a personal advisor to the President.

The theatrical poster steals a bit from the very end of the movie but the audience at the time wouldn’t have known that, at least not prior to release. It shows Chance, clad in his old-fashioned coat and carrying his umbrella and suitcase, floating above the walkway that leads to a palatial estate. At the top of the poster is the title along with the copy “A story of chance” which nicely alludes to the main character as well as the circumstances that lead to him being selected as an important advisor and influential individual. The gentle artistic look and feel of the poster also promises that same tone in the movie, which is more or less what’s eventually delivered.

“A story of chance” is also how the theatrical trailer opens. We meet Chance as he introduces himself as the gardener to two people. It then cuts to him riding with Eve and beginning the confusion with his name and identity. He makes a few connections and winds up meeting the President, who wants to find out more about him but finds this new acquaintance is an enigma. More confusion and mistaken identity follows as he moves among Washington’s power elite, all those movers and shakers mistaking his simple analogies about gardening for profound insights on the issues of the day. It’s all intercut with scenes of Ruth Attaway as a woman who also worked with Chance and helped raise him. She comments on how she knows him and knows he can’t read or write or think, concluding “All you have to be is white in America to get whatever you want,” a comment that resonates today as much as it did almost 40 years ago.

That trailer certainly places the emphasis on Sellers’ performance, but it’s not the focal point of the story that’s being sold. Instead the attention seems to mainly be on the mystery of Chance’s real identity.

With so much focus on the supporting characters and their reactions to his “insights” and overall demeanor, the value proposition being conveyed to the audience is that they’re going to see a bunch of intelligent people bumbling over themselves to hitch their wagons to a horse they don’t fully understand. That goes hand in hand with the poster, where Sellers’ face isn’t shown, instead opting to portray Chance as a sort of messianic figure that rises above the daily, drab world he lives in. It promised moviegoers a chance to watch a quiet, subdued story featuring a great actor in a low-key comedy of mistaken identity and ultimately delivered on that promise.