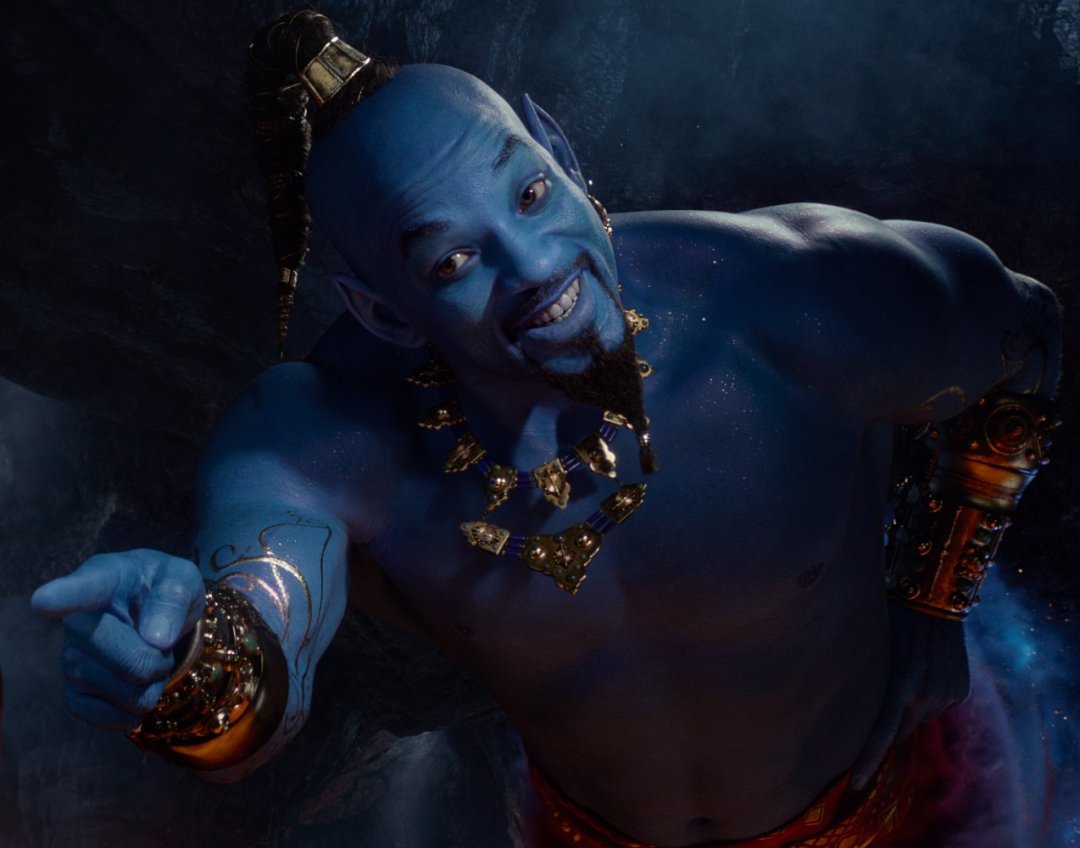 Never Sleep Again Thanks to Will Smith’s Genie

Writing about the first appearance of Will Smith as Genie in a new Aladdin TV spot for Adweek was just a form of therapy.

When Disney’s upcoming live-action remake of Aladdin was featured on an Entertainment Weekly cover story last December, fans were slightly concerned. Will Smith was not, on the cover or any of the interior photos shared in the issue, blue like the animated character voiced by Robin Williams in the original. Quick to set minds at ease, Smith posted on Instagram that, yes, he would be blue in the actual film.

Now we know that Smith’s assurance was less a promise and more a threat.

via Will Smith’s Aladdin Genie Finally Appeared During the Grammys, and Viewers Were Creeped Out – Adweek