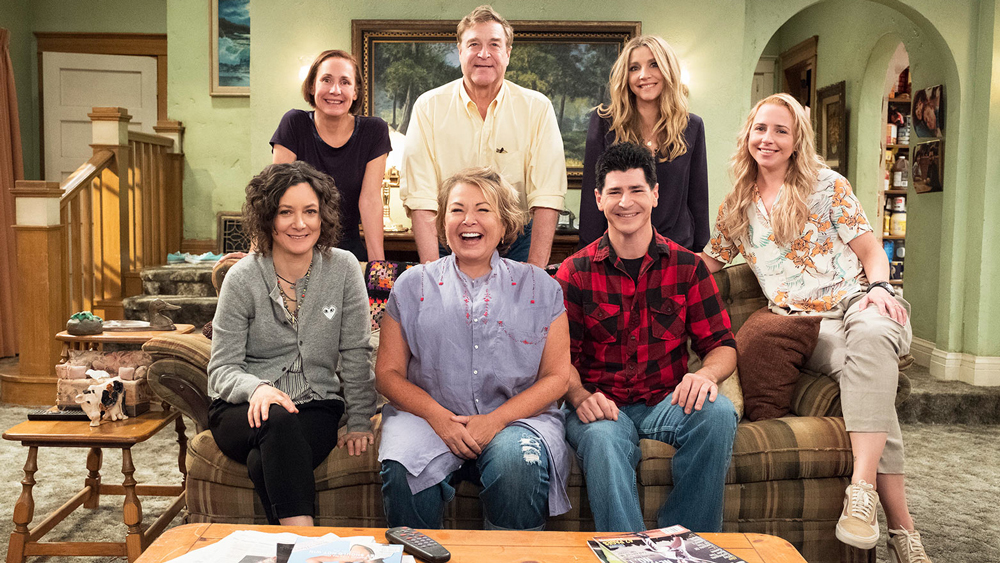 Rosanne and the Selective Representation of Politics on TV

As expected given its massive debut ratings, ABC has renewed “Roseanne.”

If you’ve read literally any coverage of the show in the weeks leading up to or in the wake of its debut you know the show has been framed almost entirely in terms of how it doesn’t reflect the attitude of the population that helped elect Donald Trump to the presidency. We’ve been subjected to every possible variation on the “what this means” theme. In just one day last week there was a Quartz examination of the economic realities of the show’s characters (actually somewhat interesting and something I would read more of about other shows) and an op-ed praising the show for expressing the kind of empathy toward the Trump-voting demographic liberals have been asked to extend for two years now.

“Roseanne” returning to the airwaves was reportedly at least in part due to a determined initiative by ABC to offer more programming that represented more of America as a whole. Those executives apparently bought into the idea that media has been dominated for too long by liberals and others who use the platform to push their own agenda and make fun of backwards conservatives. In fact, conservatives in a recent poll said they feel underrepresented on television, though that’s more than a bit questionable.

The perspective of the ABC executives shared in that New York Times story is puzzling for a number of reasons.

Did They Not Know About “The Middle”

One of the key messages in the press around “Roseanne” was that it was about time TV showed the life of a Midwest working-class family that has financial problems but still loves each other. But…but…”The Middle” has been on ABC for eight years. And that’s *exactly” what that show is about. Mike and Frankie Heck get into arguments and stretch things to make ends meet, often going without and not being able to provide something for their kids. He works in a quarry and she’s worked a series of part-time dead-end entry level jobs while also being a full-time mother and wife.

Oh…but that show wasn’t overtly political, which is why it seems to be overlooked in the current conversation. Despite star Patricia Heaton being one of Hollywood’s most-outspoken conservatives, the show never really touched on the politics of the Hecks’ situation. It wasn’t the fault of the damn liberals or the immigrants that Frankie kept losing jobs, or that Mike was furloughed for two years. No one was ostracized because they voted for Obama. It existed in a politics-free zone, which is actually a fair representation of how many people at that level are simply too busy to have strong opinions on the news of the day.

“The Middle” was “Roseanne” without the fiery figure at the center. It was funny and gentle and never made fun of its characters even as it kept pushing them back down any time they tried to rise above their station.

Let’s accept the idea that network programmers really did want to make sure their shows were accurately portraying America. That’s a worthwhile goal. I’m just not sure a show about an all-white family living in the Midwest is the way to accomplish it.

As of mid-2016 the U.S. Census Bureau reported roughly 24% of the population is non-white, a number that’s expected to keep growing year over year as immigration keeps impacting the racial makeup of the country.

Looking at Elgin, IL – the city Barr reportedly based the fictional town of Langford on – the population is increasingly non-white, mostly Hispanic with a significant Laotian population that’s congregated there. Some stats place the Hispanic numbers at around 44%. Factoring other ethnicities, Elgin is less than 45% caucasian. I’m sure those numbers were different 20+ years ago, but right now the Conners are not representative of the city they live in.

Now let’s look at ABC’s own lineup of comedy programming. Here’s the current list of shows:

That’s a pretty white list. Only two of the shows – Black-ish and Fresh Off the Boat – don’t exclusively or predominantly feature white casts.

Not are overall demographics shifting but the changing racial complexion is is also changing the electorate as those of African-American or Hispanic heritage vote overwhelmingly Democratic/progressive, not conservative. And Millennials – who are projected to outnumber Baby Boomers in just two years or so – want the brands they do business with to take stances on political issues, rewarding those who are in line with the viewpoints they themselves have.

So you have a left-leaning demographic who wants brands to share their values. Yet ABC not only feels appealing to conservatives is the right move but recently pulled an episode of Black-ish citing “creative differences” over the episode’s too-political content. Meanwhile the network is apparently ignoring photos Barr shared years ago of her dressed as Adolf Hitler taking burnt cookies in the shape of Jewish people out of an oven, images the show’s producer is asking people to simply look past.

Where I come from that’s called “not seeing the road in front of you.”

This is not a call for ABC to shift immediately into a full slate of leftist propaganda that expunges all white people from the airwaves. But if the network wants to make the claim that it’s making programming decisions based on what America looks like to appeal to a broader audience, it’s moving in the wrong direction.