Following up on my recent post, I’m sharing here some examples of the many events I’ve attended, either as myself or as the on-the-ground correspondent managing a client’s social media program, over the years.

All of what’s below has included live blogging and in-the-moment social media publishing that’s pushed my thinking and capabilities about what can be done with the format. You can read about the lessons I’ve learned from those experiences (including taking advantage of occasional downtime) and see examples of that coverage below.

My first experience with live blogging at an event, I went to BloggerCon IV with Tom Biro as basically my first official duty after he hired me to join him at MWW Group. Both he and I published our takeaways to the agency’s Open the Dialogue blog (archived here) but also were participating in the IRC backchannel with other attendees. Buy me a beer sometime and I’ll tell you my “I got booed at Bloggercon” story. 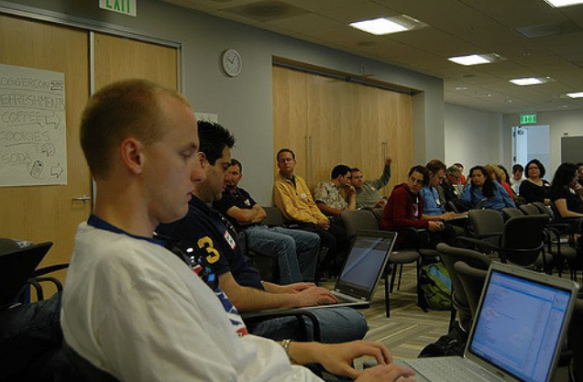 By 2007 I was pretty well established in the social media marketing world and so was asked by the research firm Forrester to contribute with others to their blog around the Consumer Forum event being held in Chicago. I was given very few restrictions and so used the opportunity to introduce myself, share pictures, quotes and insights on the panels. Those blog posts are still active but I’ve also archived everything here.

An event organized and hosted by my friend, colleague and former Voce coworker Josh Hallett, BlogOrlando was a gathering of smart people to share best practices in what was at the time the emerging social media marketing space. You can read my coverage of both the 2007 and 2008 event.

One of the more interesting events I was part of because it was all virtual. Because of last minute changes, Intel – a Voce client – decided to host an educational industry event in Second Life. They still wanted a live blog of the keynotes and conversations, though, so we were publishing throughout the day on the Embedded Community Blog as well as on the (now deleted) Twitter account. 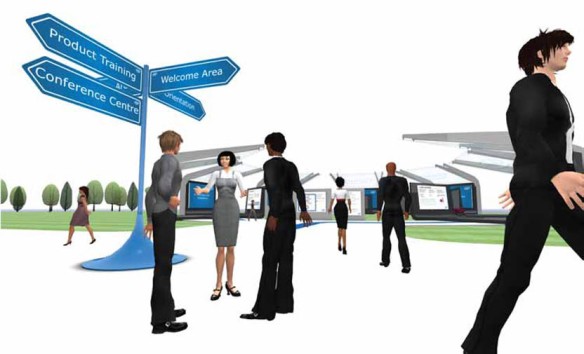 As a longtime WordPress user and someone who, having just joined Voce and begun working with the Platforms team there, I was pretty excited to attend WordCamp in 2009, heading out to San Francisco to do so. I was there not only to learn but to do live coverage via the @VoceNation Twitter account. My recap of the day’s events is on the Voce Nation Blog here. 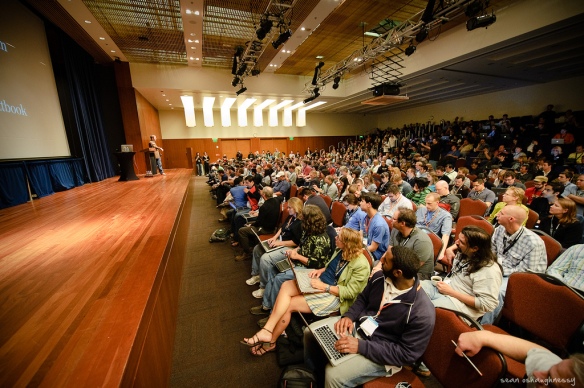 With Voce’s Platforms team based outside Orlando and being among the nation’s premiere WordPress developers (most of the original team now works for Automattic) it made sense for them to organize their own WordCamp, which they did in both 2009 and 2011. I migrated south to cover both for @VoceNation and the Voce blog. You can still read my recap of the 2009 event (and view the community Flickr pool) but in 2011 we published to a dedicated event site that was not maintained when, in subsequent years, control of the event was given to another party. Those posts are sadly lost. 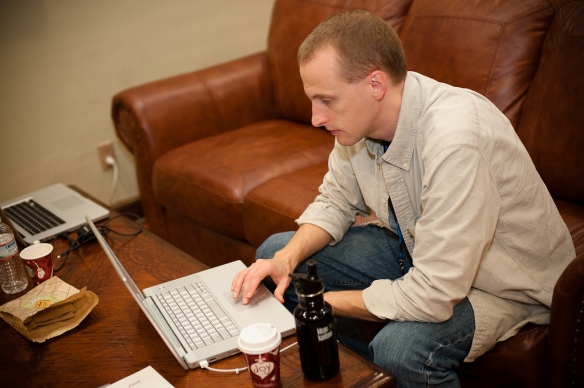 I’d gotten to know Scott Kirsner through blog links and comments and admired him and his thinking so leaped at the chance to sponsor, first via Spout and the via Voce, an event he organized for a couple years called The Conversation. The second time around, when I was at Voce, I was also able to host a session myself. 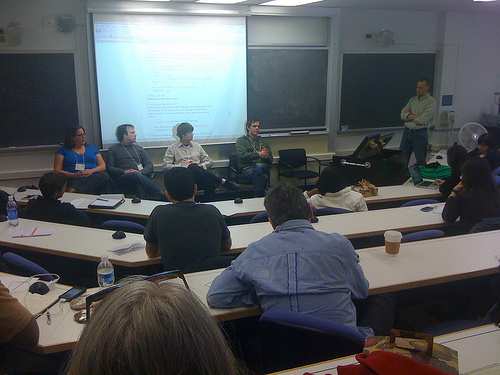 While I’ve never been a member of WOMMA I do know some of the people there and so made time to attend the School of WOM event. My takeaways from that were published to the Voce blog and I was also sharing my insights and thoughts on both my own and Voce’s Twitter accounts.

From 2011 to 2015 I was the point person for providing live coverage from various events on behalf of DC Entertainment, my client through Voce. Initially that coverage was done mostly through my phone, though I also contributed ghostwritten blog posts recapping each day and looking forward to what was coming up. 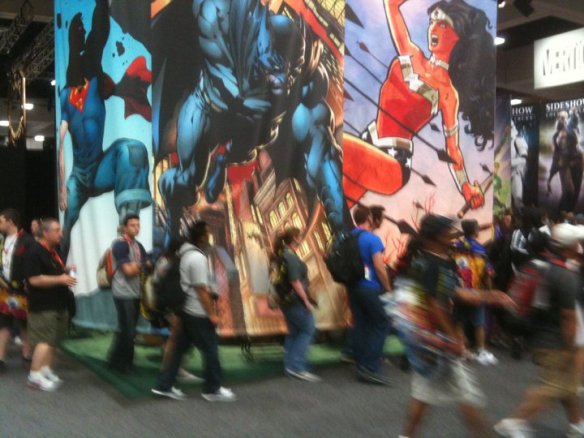 The specific approach and tactics taken varied from show to show. Sometimes the emphasis was on being the first to publish news on Twitter, other times it was to drive people to a blog post devoted to a specific panel or event where a widget like CoverItLive had been embedded and where updates were happening. Each iteration resulted from and was in service of differing internal usage and prioritization of on-domain publishing. You can find much of what was published, including blog posts with embedded CoverItLive or Storify content by scrolling back through the Comic-Con, SDCC or Con Away From Con tags.

I traveled down to Austin, TX to attend the Spredfast Summit on behalf of Voce, something enabled largely because we were using Shoutlet, which Spredfast had just acquired at the time, and I was offered a free pass to the event. Once again most of my life remarks were made on my own as well as Voce’s Twitter account and I posted regular updates to the Voce blog as well with my opinions on what the speakers were talking about as well as how the other conversations were progressing. 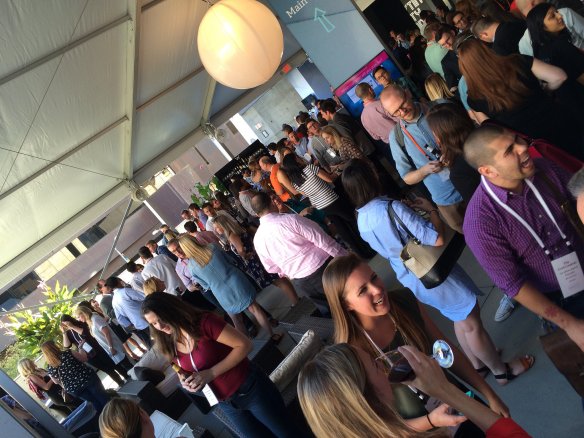 Hosted at Google’s Chicago headquarters, WOMMA put on a one-day event focused on influencer marketing and some of the emerging standards around that. I didn’t really write a massive blog post in response to that one but did share a Storify-powered collection of my Tweets from the event on the Voce blog. 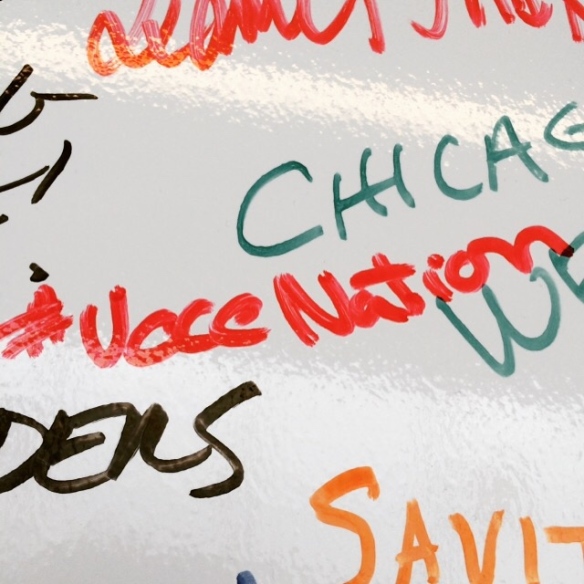 There are others I’m sure I’m forgetting, and I could expand and expound on all these. But you get the gist: That I’m no stranger to live event coverage. It’s been, in fact, some of the most interesting and informative experiences I’ve had in my career.