The campaign really works hard to create that sense of this being an old-school movie, the kind “they don’t make anymore.” Affleck is certainly no Bogart, but the movie is being positioned as the kind of hard-nosed gangster flick that he or Jimmy Cagney used to make, not the more modern Goodfelles-esque pictures from more recent times. There’s good to that approach in that the studio and Affleck want to give this kind of a timeless feel and while it doesn’t quite succeed on that front it comes close.

This campaign isn’t going to knock anyone’s socks off, that’s for sure. This is exactly the kind of movie that’s going to fall under the radar of the vast majority of the audience. A small fraction of the people who are aware of Rogue One are also aware of Paterson because it hasn’t received nearly the press or advertising push, and because of Driver’s connection to Star Wars many of his appearances and interviews have turned to that topic in addition to lightly touching on this new movie of his.

This movie seems…vital. Like this is the kind of perspective we need to see more of in the world, something about irrepressible women who are shaping the lives and minds of those around them while giving zero fucks about other people’s opinions. That’s how the movie was marketed as the story of a boy who’s grown up in a world dominated by women not because that was the only way but because it…well, it just kind of worked. 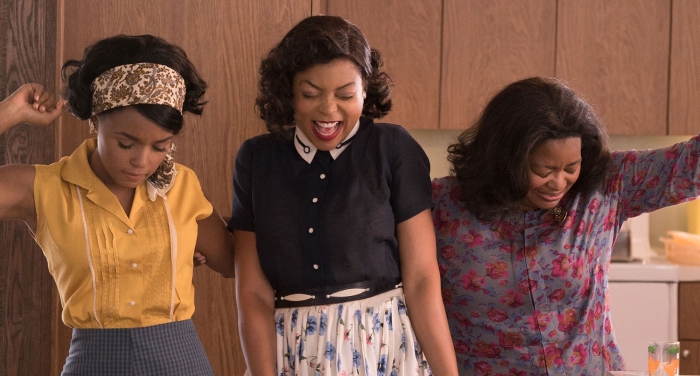 I honestly feel like this movie couldn’t be more 2016 if it tried. At least the marketing campaign couldn’t. It’s all about how women of color have been removed from the narrative of one of the country’s – hell, mankind’s – greatest achievements. If “men get all the credit for something women were an integral part of” doesn’t sum up this past year I’m not sure what does. So the campaign has worked not only to tell people there’s an important story here, but it’s one that’s likely repeated daily as men talk over their female colleagues and mansplain what’s it’s “actually” about. For that reason, the movie is likely to become a lightning rod as one group claims the story as their own and the other complains how it downplays the contributions of white men. I’m guessing the phrase “white genocide” may even come up in one or two Facebook comments.