In terms of the marketing itself, it’s more or less consistent across the elements as to what it’s selling, which is Saroo’s search to uncover his true identity and find his family. That comes through just about everywhere. The website is lightest on this angle, but considering it sacrifices story for a charitable appeal, it’s hard to fault it on that front. The repeated use of the search box in the graphical elements works pretty well once you figure out what’s going on and helps to setup the story. All in all this is a decent campaign for a movie that counts on emotions more than other traditional commercial appeals to turn out the audience. 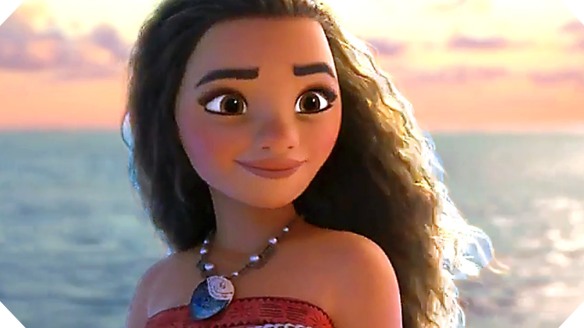 Disney’s put together quite a nice campaign here, one that hits all the beats it needs to in order to appeal to all audiences. It has a female protagonist, which is great and which will appeal to girls and others while the presence of The Rock should appeal to…well…the entire audience. Add in the heavily-touted presence of Lin-Manuel Miranda and you have, before you even get to the story or do any graphic design work, a campaign that checks off a lot of boxes based on talent alone.

Moving outside that, though, the campaign still doesn’t present anything particularly compelling. This seems like the kind of movie that’s going to fall under the radar of most moviegoers, whether they were turned off by the aforementioned pseudo-scandal involving talent or just because there are bigger movies on both sides of the spectrum vying for attention. There are smaller movies that have received more buzz and bigger movies that are dominating more headlines, meaning this middle-of-the-road period action romance simply wasn’t marketed effectively enough to turn awareness into interest.

While there’s very little consistency between the elements of the campaign, this is the rare case where they work better individually than they do as a cohesive whole. So each poster is pretty good. Each trailer works in its own way. And the TV advertising approach makes sense. But if you put them all together there isn’t an overall brand approach that’s been set out. At best that’s going to be mildly annoying to the audience, at worst it will turn them away in confusion for something that’s a surer bet.

What I like most about this campaign is the relentless attention being paid to Chastain and her character. Whether in the formal marketing or the publicity, it’s incredible to see an unabashedly powerful and successful woman at the forefront of the story with no apologies or quarter given. That’s a contrast to some extent to Equity earlier this year, which seemed to make the struggle of being a woman the centerpiece of both parts of that movie’s campaign. Not that there’s a problem with that, but there’s no mention of Sloane being held to a different standard because of her gender and I’m kind of digging that right now.