There are a lot of factors that go into what circumstances a person finds themselves in at any given moment in life. What jobs are taken or turned down, who is dated or married or not, what kind of upbringing they had and countless other small, mundane things all have added up to bring you to this place at this time. That goes for both the fabulously successful and those under poorer, more unfortunate circumstances. It’s often – very often – the case that someone who’s suffering homelessness or other afflictions at any given time didn’t do anything wrong. It’s just that they made a couple decisions that didn’t pan out and now here they are

In the new movie Tallulah, Ellen Page plays the title character, a young woman who’s living out of her car and drifting from one place to the next. She’s made a bunch of bad decisions and is desperate for a way out. One day she tries to find out where her ex-boyfriend was by visiting his mother Margo (Allison Janney) but is rebuffed since Margo herself hasn’t seen him in years. When Tallulah is mistaken for cleaning staff at a hotel where she’s swiping food off trays she becomes the caretaker for the baby of a woman who doesn’t seem to care for the child. Sensing an opportunity, Tallulah takes the baby and convinces Margo her son was the father, seeing that as a way in to her good graces. Bonding and more take place from there but the lie, of course, can’t continue forever.

The movie’s one poster doesn’t tell you a whole lot about the story but does strike quite an image, if only for the fact that it’s not just a static photo of the two leads but does try to be a bit more artistic.

It shows the silhouettes of Page and Janney, the former holding a baby as well, as they’re standing – or walking, it’s unclear – and talking. But they’re in the middle ground and shown in a washed out, faded image of what seems to be Madonna from what seems to be her “Who’s That Girl” phase. The movie’s Sundance credentials are on display above the title treatment and the only copy tells us that “Life can be a real mother,” which hints as to the relationship in the movie.

It’s a good one-sheet but I’m just not sure what’s going on here. There’s nothing in the rest of the campaign that tells us Madonna is a major thematic component of the story, so her prominent placement here is a bit confusing. Not that it’s bad, it’s just…confusing.

As the first trailer starts we see Tallulah is living out of her van and starting to get desperate. She goes to the mother of a guy she used to be with but who left her and take all her money, but that’s no help since the mother hasn’t seen him in years. When she goes to a hotel to get food she winds up in someone’s room, mistaken for housekeeping and asked to watch a baby. When the baby’s mother passes out after ranting about how hard being a parent is, Tallulah takes the child and decides to go back to Neal’s mom, claiming the child is his as a way to get sympathy and money. The two wind up bonding eventually, but the plan starts to unravel as the baby’s mother of course gets the police involved in the kidnapping.

It’s a pretty good trailer that sells the movie as a quiet, understated and emotional drama about the hardships of being alone as well as being part of a family. Page and Janney have great chemistry working together and the highlights here are of the two of them playing off each other, Page all twitchy and nervous and Janney the calm, stoic in the face of uncertainty and heartbreak. Yes, there’s a lot here that looks like familiar territory from other similar dramas, but there’s enough shading around the recognizable material to make it look worth checking out.

Netflix doesn’t create websites for its original movies so nothing on that front. The movie has received some support on Netflix’s brand social channels but that’s about it. 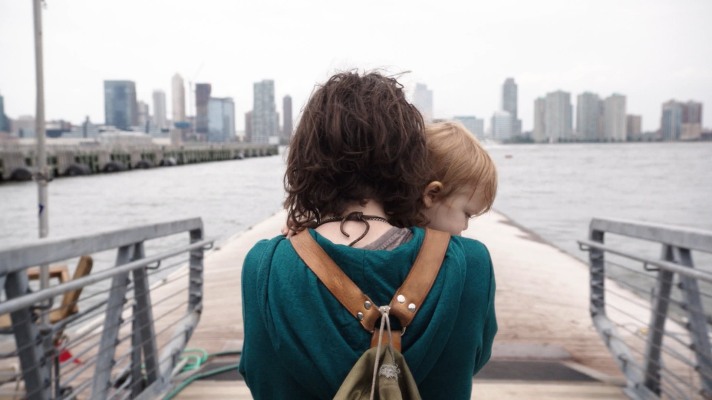 Some online ads have been run pushing people to Netflix to find out more about the movie and, if they’re already a user, add it to their queue. Nothing on TV, though.

The movie debuted at the Sundance Film Festival but before it had a chance to do so Netflix stepped in and snapped it up for distribution. Later, at the movie’s premiere, the cast talked about what drew them to the project and director Sian Heder admitted that with characters who were often unlikable she had to cast actors who could help make them more relatable.

As with most Netflix releases, the weight of the campaign mostly falls on the back of the trailer as the biggest and most obvious element. Thankfully it’s a pretty strong one, showing off the performances of both Page and Janney, two real powerhouses. There was a decent press push but it wasn’t all that robust, targeting just a few key outlets as opposed to going broad and trying to pull in a big audience to the movie and subsequently to Netflix as a whole.

The movie that’s on display here does seem very attractive. Again, Janney and Page are both ass-kickers and teaming them up is always a good idea, which is why people keep doing it. This is the rare occasion where I truly feel like there’s plenty to the movies story that hasn’t been revealed in the trailers and other materials, so I’m looking forward to seeing this and finding out what other areas the story explores.