According to The Holmes Report, which recaps a session from the Global Public Relations Summit, earned media has a distribution problem.

The issue, according to those on the panel, is that earned media – getting story on CNN, for instance – has a very short shelf life and it’s hard to draw people’s attention to them. So, if I’m understanding this right, the issue is that while the CNN story might help persuade those who see it, the right people aren’t always seeing it. 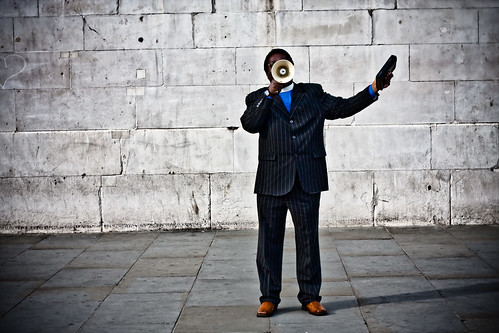 Yes, that is a problem for PR. But that’s why so many PR practitioners have evolved into content marketing practitioners.

Any good content publishing program should include two major elements: Original and curated content. And those media stories the PR team works so hard to pitch and secure fit snuggly into the “curated” section. So they can be shared on a brand’s Twitter, Facebook and other social profiles to bring them to the awareness of people who aren’t regularly checking the media sites they originated on.

(For the record, “original” content then refers to material that, for instance, is published on-domain.)

So while on-domain content may be 75% original and 25% curated (there’s still room for sharing some of those stories on your blog or other site) a social profile may be the exact opposite, favoring curated content as opposed to own. Ratios and percentages are going to vary from program to program of course, but that’s the general idea.

The point is, distribution of earned media is only a problem if you’re not trying hard enough. And the nice part of having owned channels you’re distributing curated earned media hits through is that, if desired, you can hit that beat more than once. If the article hits on Wednesday and you want to make sure the people on Saturday have seen it? You can post it again! And no one can stop you MWAHAHAHA.

Obviously there’s also a paid element here, and it’s telling that some of the people quoted in the story go immediately from earned to paid, without considering owned.

Maybe this is why native advertising is usually the first thing that some comms people turn to when they feel earned media isn’t getting it done. Those deals, to my understanding, almost always include distribution of those stories on the publication’s owned channels, which sometimes have larger reach than the brand’s own.

Again, if distribution of earned media is a problem, it’s one with a multitude of fixes available. This doesn’t need to be something where hands are thrown up. But it takes realigning resources behind making sure the infrastructure is in place to fix that problem in an effective way.